Once the deposit had been provided and the contract signed, JHF was ready to move in. In March, we loaded up the jeep and began moving in mattresses, tables, chairs, and other furniture to prepare for the first class of women to move in and begin. We were moving forward on a hope and a prayer – trusting that the funds to cover the expenses would come from somewhere. There were still many preparations to complete:  water, electricity, sewing machines and teacher salaries.

The next step was to furnish the space and prepare it for classes. We felt an urgency because our first class of girls was ready to begin, and we already had a waiting list for subsequent classes.

In another location in Katmandu, JHF students were taking cooking classes. 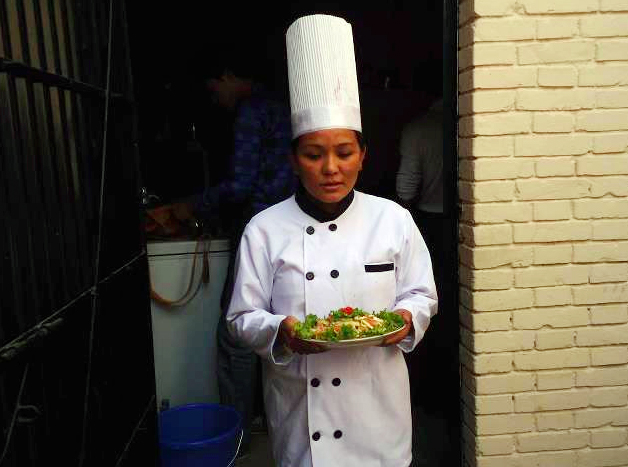 The SunRise hotel management and hospitality training centre is not part of the Foundation, but the owners have subsidized scholarship for a number of JHF students so that the Foundation has had to pay very little. One three month class had already graduated from the cooking course, and the second class was underway. Word was spreading fast that JHF was offering a real chance to young women. We only hoped we could catch up with the need of so many girls who were looking to us to develop skills that would help them support themselves. There were more girls that wanted to enroll in the cooking course, and the list was growing for the sewing courses as well.

The Foundation wanted their new school to also provide space for the women and girls to live there during their courses, so the burden of supporting them could be taken off of the families, and they could begin to make the transition into being self-sufficient.