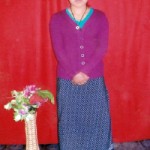 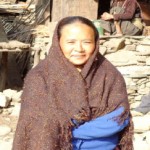 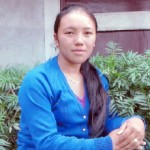 While in Nepal, I documented sex trafficking. I was forewarned that it would be very difficult for me to work safely within this hidden industry. Beneath the very alive streets of Kathmandu lie some hidden sex lairs called cabin restaurants. I was escorted down a narrow passage of stairs leading to the fluorescent-lit cabins by women who had previously been sex slaves themselves. Within each cabin were women, small girls and boys for the customers. Standing in the near darkness, I felt a quick, hot fear and could imagine what it must be like for the sex victims trapped in this hell. I had only one way out – the stairs from where I had come, ascending to the busy city above. These trapped people don’t even have that.

Cabin restaurants are venues for forced prostitution. Each has private “cabins” where the slaves, some as young as seven, entertain and serve the clients, encouraging them to buy alcohol and food. Each of these cubicles are small, dark and dingy, each identified with a number painted on the wall, and partitioned by plywood and a curtain. Inside is a small table, candle and bamboo mat. The victims endure tragic sexual abuse at the hands of the customers.

“A woman came up the hillside to our hamlet. She was finely dressed and wore make up and jewelry. We had never seen a woman so beautiful before.” The young girls were impressed with this visitor’s appearance of beauty and wealth and were seduced by her tales of working as a waitress in a Kathmandu restaurant. “ Wouldn’t you girls like to come with me? I have an opportunity for you. How wonderful would it be to earn good money and be able to send back funds to your family?” And so the lure begins.

After accepting such an enticing offer from the “wealthy visitor,” the girls were brought to the city far from their mountain homes; they’d no notion of how to return, no identity papers nor funds to do so if they had wished. Little did these young girls know that when they were offered the job as a waitress, their work would consist of entertaining male clients in semi-private wooden cubicles.

Free the Slaves has rescued, rehabilitated, and restored freedom to many of these sex slaves. Although it is deeply painful to be a witness to this kind of tragedy, and even more difficult to refrain from reaching out at that instance, I was instructed to have very clear boundaries with the subjects of these photographs. I was to offer no help nor promise nor money. It is because I trust in the proven methodology of Free the Slaves to bring people to freedom that I was able to bear witness without taking immediate action. My contribution would be to document this atrocity in collaboration with Free The Slaves and share the images with a hope of bringing awareness to this cause and inspiring change.